by the World Federation of Neuroradiological Societies (WFNRS) 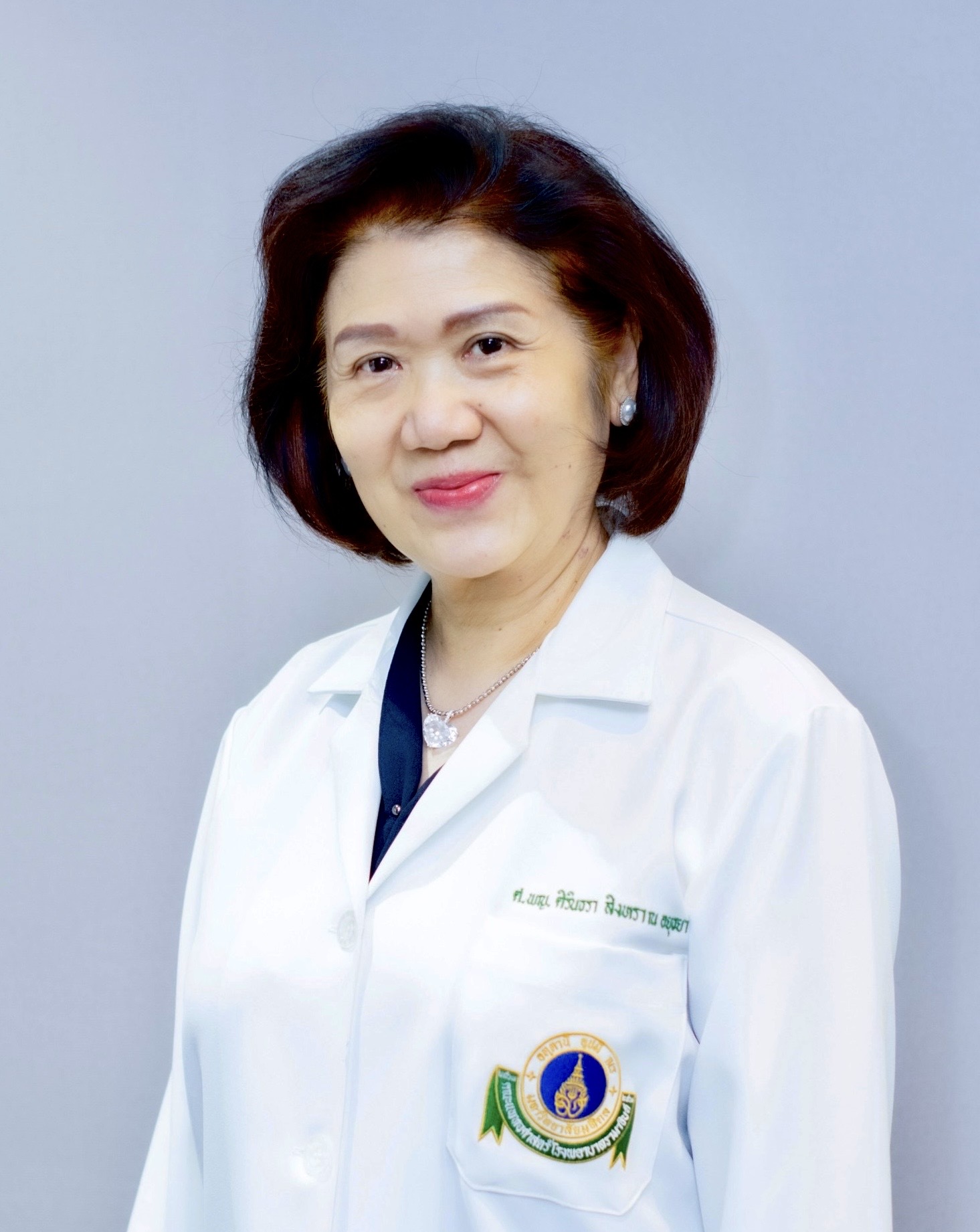 Professor Sirintara (Pongpech) Singhara Na Ayudhaya, M.D.; specialized in Interventional Neuroradiology, currently served as a Full Professor at the Department of Diagnostic and Therapeutic Radiology, Faculty of Medicine Ramathibodi Hospital, Mahidol University, Thailand. Professor Singhara Na Ayudhaya, has been appointed by the World Federation of Neuroradiological Society (WFNRS) to be the Honorary President in recognition of her substantial contribution to Neuroradiology at an international level. The recognition will be celebrated May 13 to 16, 2022, in New York during the event “Symposium Neuroradiologicum XXII th”.

After her graduation in M.D. with honor from Mahidol University in 1983, Dr. (Pongpech) Singhara Na Ayudhaya enrolled for medical internship at the Bhumibol Adulyadej Hospital in 1984. She achieved the Certified National Board in Radiology from Thai Medical Council in 1987 and was assigned to be a full-time medical lecturer at the Faculty of Medicine Ramathibodi Hospital, Mahidol University, in 1993.

During her Residency Training Program in Radiology at the Faculty of Medicine Siriraj Hospital, during those 3 years, she developed an interest in Neurointerventional Radiology.

Her career path in medical professional progressively moved ahead when she was later assigned to work in several important executive positions; such as Chief of Diagnostic Radiology (1996 - 2001), Vice Chairman of the Department (2002 - 2007), Chairman of the Department (2007 - 2011), Deputy Director of Ramathibodi Hospital (2011 - 2012). With her outstanding research and articles, she is internationally acclaimed as a key leadership in Interventional Neuroradiology of Thailand, she was invited to be a member of several professional and scientific organizations including the Scientific committee of TSVIR since 2002 where she was the scientific chairman during 2009 – 2013 and Honorable Consultant during 2013 – 2018; National examination Boards of Resident in Radiology , Fellowship in Neuroimaging (2008 - 2017).

She organized with group of certified INR training doctors the official national INR society named ATIN (The Association of Thai Interventional Neuroradiology) in 2008 and became the President for 3 consecutive terms, while she became also the major role in the committee of The National Board of Fellowship in Interventional Neuroradiology under Thai Medical Council since then. At Ramathibodi, since 2012, Professor Singhara Na Ayudhaya has been appointed to be Deputy Dean for International Relations and Research Collaborations of Ramathibodi where she has played an important role in driving cooperation activities with overseas institutions. She also works closely with Neuroradiology working group in the country and became the member and National Delegate in AOSNHNR since 2012 while she always supports INR as an important part along with others in Neuroradiology.

Professor Singhara Na Ayudhaya was selected to be a Co-Director of the Joint Master Degree in Neurovascular diseases: Mahidol-Paris Sud University during 1999 – 2008. The program later known as the Diploma course in Neurovascular disease, later becoming PLANET course in honor of the original course's chairman, Professor Pierre Lasjaunias, M.D., who died in mid-2008. The program is a collaboration of Tufts University (USA), University of Toronto (Canada), and Ramathibodi hospital, brings together more than 600 students who have graduated from both programs in more than 50 countries from all over the world. She has served as the Co-Director of PLANET course since 2008 up to the present. Additionally, she has been the senior member of Asian-Australasian Federation of Interventional and Therapeutic Neurorardiology (AAFITN) since 2000 before her promotion to be its President between 2010 to 2012.

During the decades of her dedication in medical professional paths, with her reputation both at national and international level, Professor Singhara Na Ayudhaya has received various honor awards recognized her contribution. Many awards she has received demonstrate her competence which is recognized domestically and internationally. In 2005, she was granted the Chevalier dans L’Ordre des Palmes Academique which is a national order bestowed by the French Republic on distinguished academics and teachers and for valuable service to universities, education and science. She was also nominated as the candidacy for the L’Oreal – UNESCO for Women in Science International Awards (Life Science) from Mahidol University in 2016.

With the World Federation of Interventional and Therapeutic Neuroradiology (WFITN) where Professor Singhara Na Ayudhaya has been the Senior Membership since 1998, she had been granted up to the highest rank of the confederation, President of WFITN for 2015-2017. After the end of her presidential term, Professor Singhara Na Ayudhaya still served the Federation as the Past President for 2017 – 2019 and the life-time Honorary Member. Finally, in 2021, the WFNRS/SNR XXIIth appointed her with the most glorification as the Honorary President in recognition of her substantial contribution to Neuroradiology at an international level.

“I am honored to be nominated – as the first Thai – to receive this prestigious position. I'm determined to continue coordinating – as the bridge – in the realm of Interventional Neuroradiology academic transfer between the international associations and South-East Asia societies including Thailand at my fullest potential.”